According to the National Center for PTSD from the U.S. Department of Veteran’s Affairs which is the world’s leading research and educational center of excellence on PTSD and traumatic stress.

“PTSD is a mental health problem that some people develop after experiencing or witnessing a life-threatening event, like combat, a natural disaster, a car accident, or sexual assault. It’s normal to have upsetting memories, feel on edge, or have trouble sleeping after this type of event.”

Post-traumatic stress disorder (PTSD) is a specific type of stress-oriented disorder that develops in some people who have experienced a shocking, scary, or dangerous event. It’s natural human behavior to feel afraid during or after any traumatic situation. Fear triggers many split-second changes in our bodies.

These changes help us to defend ourselves against danger or to avoid it. This “fight-or-flight” response is a typical reaction meant to protect a person from any harm.

Even though nearly everyone will experience a range of reactions after any trauma, yet most people can easily recover from initial symptoms naturally. Those who continue to experience problems may be diagnosed with PTSD. People who have PTSD may feel so much stressed, even when they are not in danger.

Everyone is prone to PTSD as anyone can develop PTSD at any age. Several factors can cause or increase the chance that someone will have or will later develop PTSD, many of which are not under that person’s direct or indirect control.

For example, having a very intense or long-lasting traumatic event or getting injured during the event can make it more likely that a person will develop PTSD. PTSD is also more common after certain types of trauma, like combat and sexual assault.

Generally, Yogic counseling along with panch-kosha based yoga therapy is what’s most useful for PTSD Treatment as mentioned by Guruji Shubham Barwala Ji. 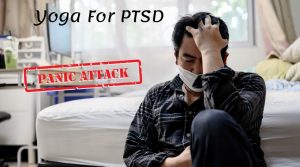 According to Guruji Neeraj Medharti Ji, Yoga brings peace to the soul which in turn eliminates human suffering.

Yogic Practices or Yoga for PTSD

Read in detail about Yoga for PTSD 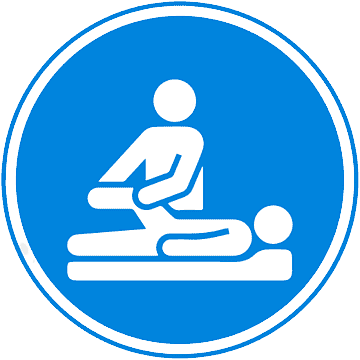